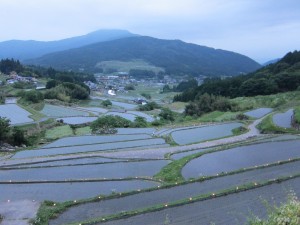 The city of Ena is an area with lush natural environment surrounded by mountains such as Mt. Ena and Mt. Kasagi.
Kiso and Agi river flows through beautiful scenic Ena valley.

Ena is also a treasure trove of historical sites including Oi-juku, one of the 67 post towns on the Nakasendo; the ruins of Iwamura Castle, one of three Japan’s greatest mountain castles; and the Japan Taisho Village, which preserves the atmosphere of the Taisho period (1912-1926).

Find out more about Ena